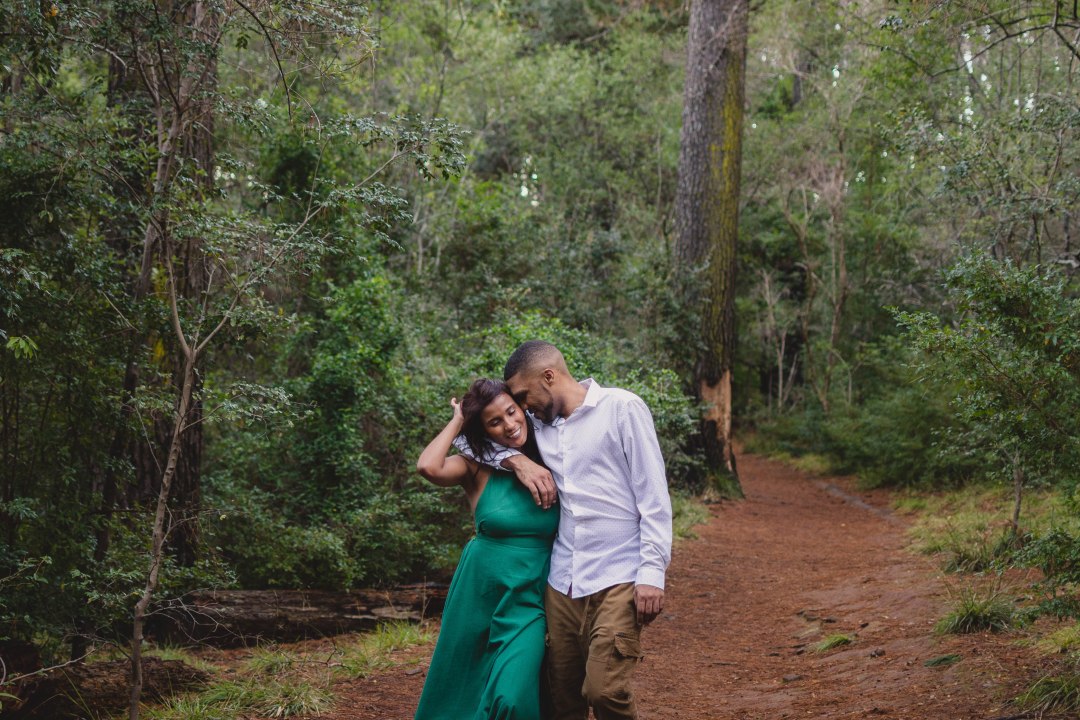 One thing about living in Cape Town, is that the weather we experience throughout the seasons is usually absolutely beautiful with a dash of craziness from time to time. And this is even more so during Autumn!

The week leading up to Sharné & Leon’s Connection Session, the weather was pretty terrible, with the exception of the Friday that we had scheduled! Fellow photographers will agree, that watching the weather leading up to and on the day, is similar to watching the winning Powerball numbers drop – you’re on the edge of your seat the. whole. time.

But that fateful Friday came, it was a sunshine-filled day, the temperatures were up, and before long, we were trekking up Newlands Forest for their session!

Sharné & Leon met way back in school, but it wasn’t until years later that their romance blossomed – Leon’s persistence paid off when Sharné finally said “Yes” to him, and eventually said “Yes” to forever with him.

With Sharné currently working overseas, the times they do share together are truly treasured, whether it is by just being around each other, or sharing food from one of their favorite restaurants – every moment matters when it is so limited. But being able to capture this moment in their engagement was such a privilege, as they are starting to plan their happily ever after together.

A big thank you to RMSCaptured for assisting with this shoot!

This site uses Akismet to reduce spam. Learn how your comment data is processed.